Click HERE to check out the BEST PAINTBALL MASK of 2022 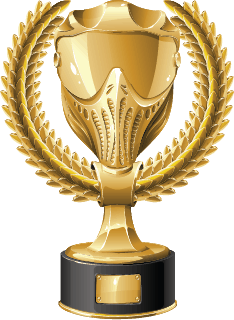 Although they only have open hours a couple of times a month, BKW Paintball in Marana is a fun and affordable field for paintball. They are open every Saturday from 8:30 am – 2 pm for open play. Outside of their open days, you can reserve the field with a group of a minimum of 10 players and a 1-week notice on Friday, Saturday, and Sunday. Field paint is only for field equipment, but if you have your own paintball marker you can use your own paint. Their paint prices are more than fair, so don’t worry too much about it. BKW Paintball does not serve food, so plan to bring your own snacks and drinks! Their outdoor fields have some awesome cover, including things like boats and buses. This place is perfect for occasional paintball with your squad. They close for the summer season (makes sense) and open September 1st every year. Along with having reasonable prices, BKW Paintball also offers extras like white or color smoke grenades. There’s a lot of fun to be had here. All players must sign a waiver, and players between 10 and 17 must also get a parent or guardian’s signature. Waivers are available on BKW Paintball’s website.

American Paintball Coliseum is an amazing completely indoor paintball facility in Phoenix. All of their fields are indoors and fully air conditioned, so you can have fun and stay cool all summer. They offer paintball, airsoft, and laser tag, so there’s something for everyone. They have specially priced packages for birthday parties, and have private rooms for scheduled parties and events. American Paintball Coliseum is a field paint only facility, so plan on purchasing your paint on-site. Outside food & drink, or catering is allowed! If you love paintball we definitely recommend getting the Weekday Pass. $10 for all-day Monday through Thursday. Pretty great deal! They also host Paintball and Airsoft tournaments and events, if you’re interested in competitive play. Really, there’s something for everyone! The staff is extremely knowledgeable and friendly. If you use your own equipment, they also offer repair services, should you need it. All your paintball needs in one air conditioned place. Never let the weather stop you from paintball ever again. All players at American Paintball Coliseum must sign a waiver before playing. Players from 10-17 must also get the signature of a parent or guardian. Waivers are available for download on their website, or you can sign the waiver electronically.

AZ Battle Zone is a really cool paintball facility in Phoenix. They have recball and speedball fields, and also offer airsoft in addition to paintball. They have a really nice package for corporate groups, so if you need to do some team building, look no further! They’re open on weekends, and have some good deals when it comes to rental equipment and buying paint. At AZ Battle Zone they offer both open play and private games. For private matches they require at least 8 players. There are some fun obstacles and cover in their fields, too, including a boat! They do allow outside paint to be brought in, but only if you’re also bringing in your own paintball marker with it! If you plan on renting, you’ll have to also use field paint. The staff at AZ Battle Zone are all helpful, knowledgeable, and courteous. We definitely recommend checking this place out! A signed waiver is required for all players! Players from 10-17 must have their waiver signed by a parent or guardian. The waiver is available on their website for download.

Located in Marana, Disruptive Paintball & Airsoft is a great place to check out. As the name implies they offer both paintball and airsoft. They have some really cool fields with great obstacles like cars. If you want to get the most bang for your buck we recommend getting a group of 10 or more together and making a reservation. You can score extra paint for free with the group discount! Even without the discount their paint prices are really affordable. Which is good because this is a field paint only facility, no outside paint allowed. If you’ve been looking for somewhere to bring the whole family, but have a child just under 10, you’re in luck. Disruptive Paintball & Airsoft allows children as young as 7 years old to join in the fun! Food and drink are available on-site, but you are allowed to bring your own. We recommend bringing cash if you plan to buy snacks or extra paint once there, to avoid card transaction fees. Disruptive Paintball & Airsoft has helpful, approachable staff. This is a great place for paintball. Signed waivers are required for all players. Players 7-17 must also have the signature of a parent or guardian. Waivers are available for download on their website.

907 Paintball in Anchorage is a great paintball facility. They offer games for players of all levels of experience, so it’s great for beginners. Their rental prices are very fair. They also offer open play, and competitive play with different rules for advanced players. You can also play private games if you want, though they encourage inclusivity. 907 is open on weekends from May 5th through mid October. It’s a field paint only facility, so don’t plan on bringing your own paint. Their field paint is environmentally friendly and water-soluble, so they shouldn’t stain most clothes. If you’re a regular paintball player we recommend getting their season pass! This nets you a field pass, free HPA refills on open days, and a discount on paintballs. Pretty sweet deal, if you ask us. Signed waivers are required for all players, and players 10-17 must also get the signature of their parent or guardian. Waivers are available on 907 Paintball’s website, or you can sign it in person at the field if you don’t have a printer.

Westworld Paintball has two locations, and we’re going to talk about both. First, in Mesa, is their indoor paintball facility called Xtreme Pursuit. This is great because it’s air conditioned (we love that A/C) so you can play regardless of the weather. Xtreme Pursuit is gigantic! It’s a huge facility. They have bunkers, and lots of awesome obstacles set up in their fields. If you’re going for a private game we recommend going after that group discount by bringing six or more people. Xtreme Pursuit is open Thursday through Sunday. They offer tons of events and special deals, so take a look at the calendar on their website to see what’s going on! The field admission is a little high, but it’s an amazing facility, so it’s not a bad deal. They also offer memberships, if you play frequently. Their paint prices are affordable, though, which is nice, especially since it’s a field paint only facility. Several times a year they offer seriously awesome scenario games based on pop culture. Ever wanted to step into your favorite video game or movie? At Westworld you’ll have your chance. Westworld’s other facility is an outdoor paintball field in North Scottsdale called Splatter Ranch. Here they have two giant fields, one with natural obstacles like shrubs, and the other with more buildings and hiding places. Splatter Ranch is only open on weekends without a reservation. Pricing and field paint rules are the same at Splatter Ranch as Xtreme Pursuit. At both Westworld Paintball locations they also have an awesome Deluxe Birthday package. It’s a little pricey, but each player gets a new mask to keep, and the birthday person gets a brand new paintball marker to keep as well! Great mementos to set you up for more games down the line. Players aged 10-17 must have a waiver signed by a parent or guardian on file. A separate waiver must be on file for each location. The waiver is available on their website.

Wild West is a great facility for competitive paintball players in Mesa. They have three fields. Two scenario fields with cover, forts, and other great obstacles like an airplane. The third field is a regulation speedball field, making Wild West Paintball a great place for your competitive team to practice. They also host a lot of tournaments and events worth checking out, like 2v2 or 1v1 tournaments. Their pricing is reasonable, and they also offer memberships. With the regulation speedball court this is a great place for your team to become members. They have separate memberships for airsoft and paintball. Be aware that their hours of operation differ between the summer and winter seasons. If you’re having a party make sure you take advantage of their group discounts for parties of ten or more people! Casual or competitive, Wild West Paintball has something for everyone. And with excellent friendly staff you’re practically guaranteed a great time. Players must sign a waiver prior to play. The waiver is available on the website.

Located in Buckeye, as you may guess from the name, is Buckeye Paintball & Airsoft. They offer traditional and Low Impact paintball, and airsoft. Low Impact is great if you have younger kids, as it is the only form of paintball open to 7-9. This is perfect for a child’s birthday party or family event. Traditional paintball is open to anyone 10 and up. Buckeye has some great outdoor fields. Plus they host awesome scenario events, and even charity events. Check their event calendar for the latest. Their prices are fair. Outside food and drink are allowed, but they also offer pizza. Make sure you make a reservation when you go, especially if you’ll be renting any equipment. We can’t wait until we can set up our next day at Buckeye Paintball. Waivers are required for all players. For players under 18 the signature of a parent or guardian is necessary. Waivers are available on their website to print, or sign electronically.

Fightertown Paintball in El Mirage is a really nice paintball facility. If you’re curious about paintball, but something is holding you back, make the time to visit Fightertown. They offer 1 free game with rental equipment if you’re on the fence about playing. Call it a free sample! Their rental prices are decent, as are their paint prices. If you bring your own marker you can bring your own paint, but rental markers are field paint only. For groups of eight or more people they offer discounted rental rates. You can also play private games if you have at least 12 people. It’s a great way to spend a day with your squad. They also have a Friends and Family pack for groups of four. Fightertown is open on weekends. They have different hours for the summer and winter seasons, so be sure to check before you go. Fightertown is an awesome paintball park. Make sure you check it out! Fightertown requires all players to have signed a waiver prior to play. Players ages 10-17 will also need the signature of a parent or guardian. Waivers are available to print from their website, or you can sign on-site.

Desert Fox Paintball in Tucson is an excellent paintball field. They have reasonable prices on gear rental and paint. They even offer camo clothes rental! Their fields are absolutely astounding. There is so much cover, and a lot of it is super cool. Cars, towers, forts, spools, tires, pipes, shrubs, and more! Honestly, you have to check this place out at least once. It’s a ton of fun. They’re only open on the weekends, unless you make an appointment, so plan accordingly. Even if it’s a bit of a drive for you, we think once you actually give it a try you’ll agree it’s worth the trip. Pack some drinks, snacks, and spare clothes and make it a day! You’ll have a blast! All players are required to have a signed waiver. If the player is 10-17 they will also need a parent or guardian’s signature. The waiver is available for you to print on their website.